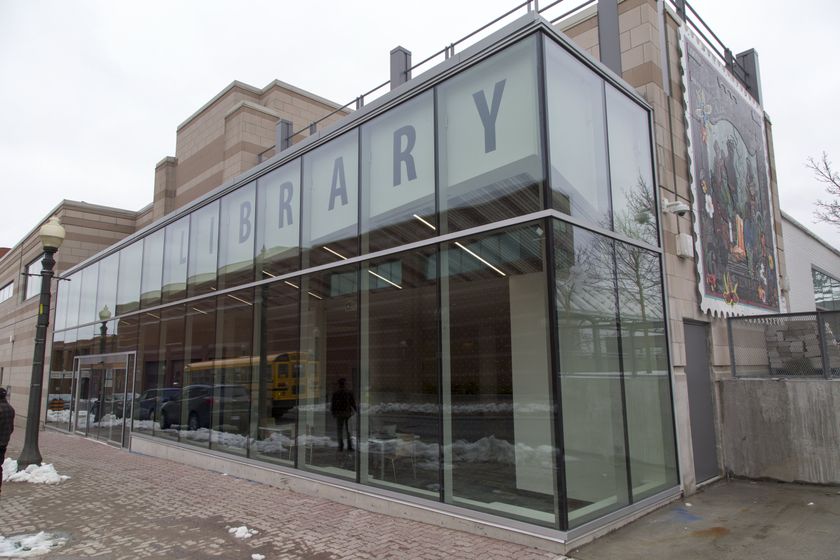 This year, the Brantford Public Library celebrates its 135th anniversary, and the library staff is hard at work planning events and activities to promote the occasion.

“I think any opportunity to really get to share the library’s story is what we’re going for,” says CEO and Chief Librarian Rae-Lynne Aramburo. “135 isn’t a magic number per se, but it’s just another opportunity for us to remind our community the role that we’ve played over the years and how that’s changed and how it’s continuing to change.”

“To track that history, it’s important because it tells the story of the community more than it does of the institution really,” says James Clark, marketing manager at the library.

According to historical documentation provided by the Brantford Public Library, Dr. Charles Duncombe started the Brantford Mechanics Institute in 1836. The Institute was located in a small basement and had about 100 books. Working people could pay a small fee to go there and read books and newspapers.

The Institute closed the following year, however, after Dr. Duncombe and the other board members were forced to flee the country because they had been on the losing side of the Rebellion of 1837. It was re-opened several years later.

In March 1882, the Ontario government passed legislation that permitted municipalities to establish libraries that were open to everybody. Two years later, the Brantford city council passed a bylaw to establish one of its own, and the Brantford Mechanics Institute became the Brantford Free Library.

It was not until 1902 that County Court Judge Alexander David Hardy wrote to Andrew Carnegie asking for a grant to build a new library in Brantford. Carnegie had made a lot of money working in the steel industry, and was donating money to certain North American cities to build libraries. Since its creation, the library had been housed in many different locations across the city.

A few months later, Carnegie’s secretary confirmed that Brantford would be receiving $30,000 to build its new library. The cornerstone of the new building was laid in December of that same year.

The Carnegie building was completed and opened to the public in 1904. This building housed the library for 85 years.

Due to a growing need for space and a lack of parking, however, the city purchased an empty Woolco store downtown for $1.9 million in 1989. The building was renovated to accommodate the library.

In 1992, the new Brantford Public Library opened at 173 Colborne Street, where it is still located today.

In 2015, the library received funding though the Canada 150 grant to redesign the building’s front façade, and the renovations were completed in 2018.

Looking back at the library’s history, Aramburo says: “I think what the core of what the library is and has always been continues, but I think it’s the types of resources are changing. We’ve always been about access to information and resources, and we still are – it’s just the channels of [that] information and the types of resources – there’s so many more options than there used to be.”

In addition to the eBooks, audiobooks, and music and movie streaming services that the library currently offers, Aramburo says they are even looking to start lending out WiFi hotspots within the coming year.

Despite all of the digital options available, Aramburo also emphasizes the value of having a physical space for the community to enjoy. “The world needs places where people can come together, probably even more in this age where we rely on our technologies to connect with people,” she says.

“When you think of it, it’s not a commercial place,” says Clark. “If you go to the mall and you walk around, you kind of have to buy something, or if you go to a coffee shop you have to buy a coffee. Where here you can just come and let that go and just do whatever you want.”