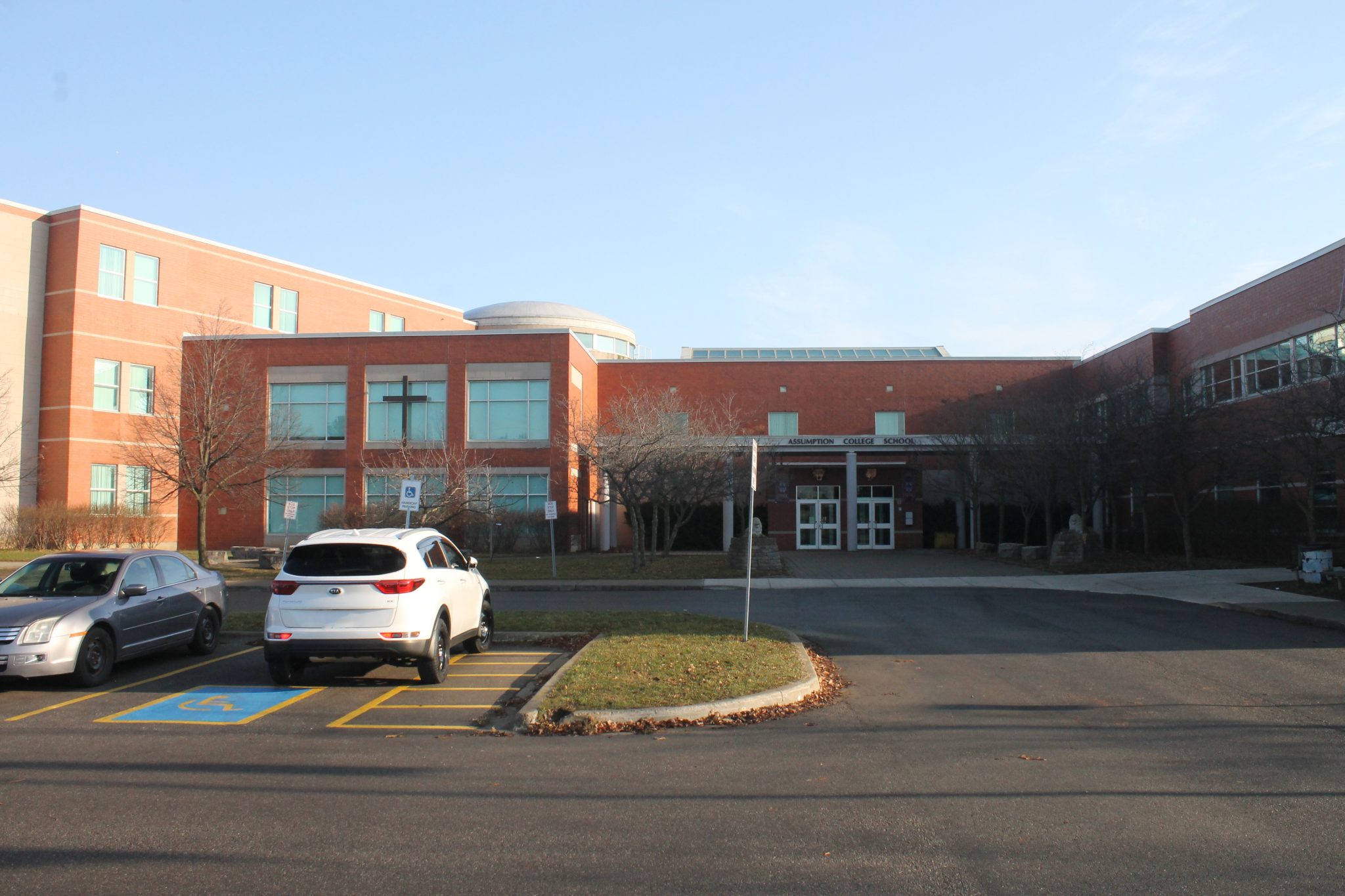 A group of high school students, from Assumption College in Brantford, are being held accountable by the school board for their participation in an Instagram photo containing homophobic and racist language.

To be more specific, the group of all-white males, were posing in front of a cake that had a homophobic slur written across it in colourful icing. In front of the cake, there were yellow letters on the table spelling out a racist remark which starts with a capital N.

The photograph was anonymously submitted to CityTV by a fellow classmate and it’s sparked some outrage. The event has pushed the school board to consider suspensions/expulsions as a disciplinary action for the boys involved.

It was not taken on school property or during class time, but in the free time of the students and on a private residence. The school claims that the boy’s actions affect the moral reputation of the institution but could also constitute “bullying”.

This sort of thing shouldn’t be happening in 2019. Yet, I don’t believe this behaviour is the norm among young people either. Most students who had participated in the photo had even expressed their regret for being involved with it. What if it’s simply an act of “boys will be boys”? Or is it a sign of something more vicious?

There needs to be some context to my opinion; I’m not vilifying these teens. I’m a thirty-one-year-old male student here at Laurier and although I’m a pretty sensible guy at this stage of my life, I’ve also been young and much less sensible.

Young men like to taunt and tease one another, especially in groups when the liquor is flowing, among close groups of friends and  there’s usually no intention to actually hurt anyone. Foul language and obscene remarks are often on the table (although not so often literally).

I can’t personally say that I’ve seen anyone do this sort of thing in the past but I’ve seen the road that will get you there. So, do these boys deserve to be punished? I think so. Teenagers may have poor judgement at times, but they’re still more likely to learn from their mistakes if they are disciplined. It also sends a good message out to other kids who spread hate messages over social media.

The reason I say I don’t think that we can put all of the blame on these boys for their poor judgement is that they’re a product of their environments. We have men like Donald Trump, who make private attacks on others due to their backgrounds or gender and he’s in charge of one of the most powerful countries in the world. Why is it okay for him to do it and not them? I’m sure that’s the message which many youths are growing up today.

We may be Canadians but the culture we share with America is certainly influenced in big ways by them, and our politics can be dirty too. We have to focus our energy towards fixing some of these problems with the world before we will see lasting change in the behaviour of our youth. Some of our most virtuous societal values are being degraded publicly, both because of social media and through our politics.

Derogatory remarks are getting more support than ever and it’s a scary time to be a minority in many places. What these teens have done was wrong, and they do deserve discipline, but I also believe, we as a society, need to be setting better examples for our youth to aspire to.