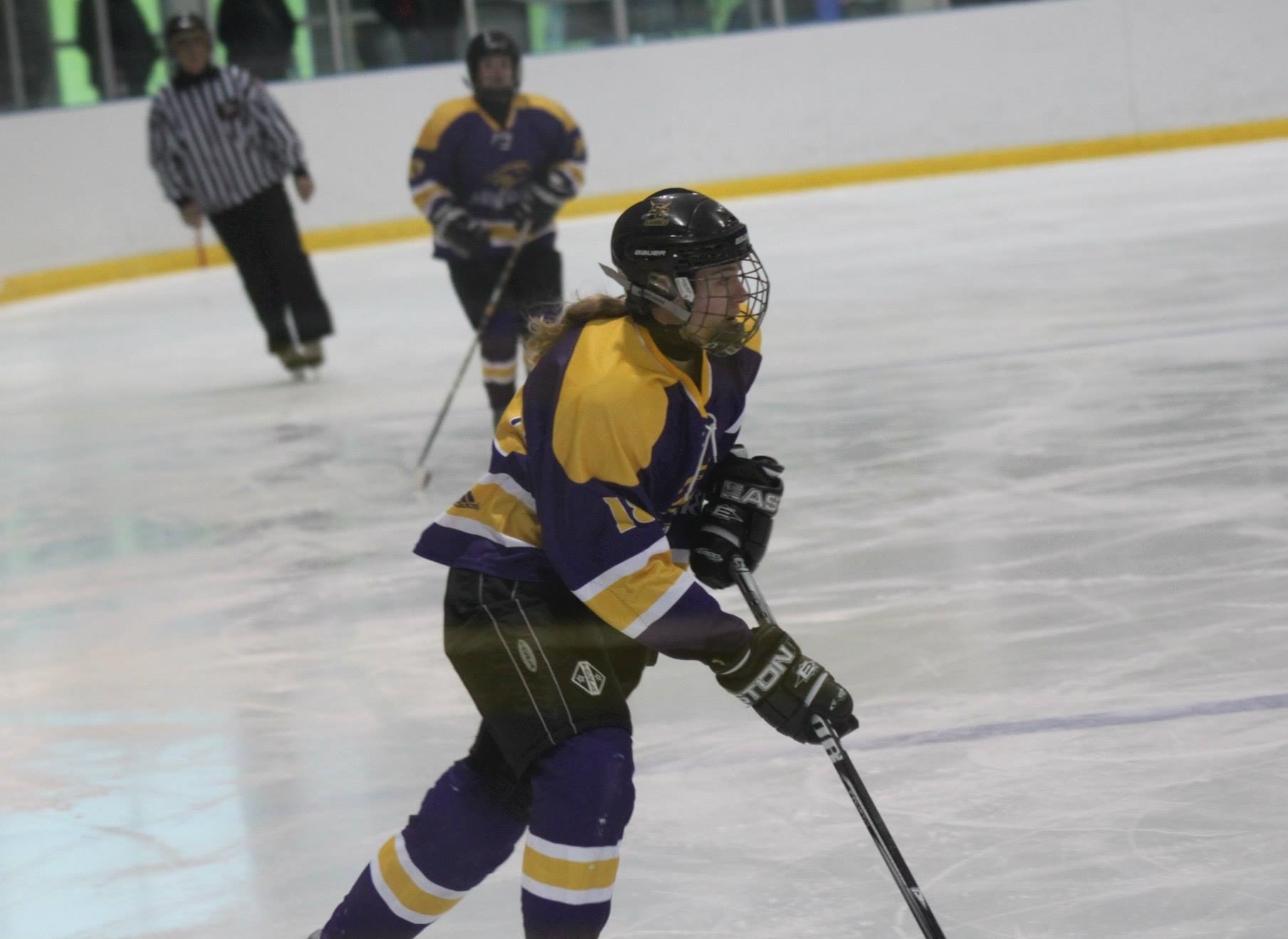 It has been an up and down season for Laurier’s women’s ice hockey team; they’ve been tournament champs this year, mixed in with early tournament eliminations. At Seneca College, the Golden Hawks failed to regain their winning ways. The women lost in the semifinals to Humber College in a shootout 1-0, resulting in a sixth place finish in the league – just outside of Challenge Cup qualification. This comes as a step backward for the team, after the women narrowly lost out on winning a bronze medal at the 2013 Challenge Cup.

Since winning a tournament at the University of Toronto Scarborough Campus at the end of January, the Golden Hawks have struggled. In their next tournament in February, they were knocked out after finishing with a 1-2 record and similar play carried over at Seneca. In the team’s opening game, Laurier lost in a shootout to St. Lawrence College, but bounced back with a 1-0 win against Fleming College. Their play was certainly improved and the women made it to the semifinals, but it was a “win and you’re in” scenario, so that wasn’t good enough.

It’s hard to go into a tournament knowing that that’s what you’re going to have to do to make up ground and buy yourself a ticket to the Challenge Cup in Orillia. There was no denying that Golden Hawks were feeling some of this pressure, right winger Katrina Moczerad says. “There was definitely some added pressure this past tournament as we were one spot out of qualifying for challenge cup.” They tried their best to use it as a positive to bring their play to the next level, something Moczerad feels was successful, but two shootout losses killed them.

Shootouts are a difficult way to lose taking away the team’s ability to win and putting it on one or two players. One or two bounces that stop the pucks from going in can seal the game in a hurry. And overall the team wasn’t able to capitalize on their goal scoring opportunities and they were playing tired with the quarterfinals and semifinals happening back-to-back. “We played the semi-final game right after the [quarterfinal] we previously played. We were tired but still played with heart and tried our best to keep our legs moving and get some points up on the board,” Moczerad says.

But Moczerad and the women’s ice hockey team aren’t making any excuses. She feels that even if they beat Humber, made it to the finals and won to qualify for the season’s final tournament Moczerad wasn’t convinced that the team was prepared enough to beat the top women’s ice hockey teams in the OCCR and become champions. “I think it is a good thing that we did not make Challenge Cup this year as we would not have been able to take home the gold,” she says. “I think next year will be the year for the girl’s team as the team requires more bonding and ice time together to improve… As a team we are stronger this year but the bounces just did not go our way this season.”

Even though the bounces didn’t go their way, there was still a lot to be proud of. “My message to the girls was to keep our heads held high as that was some of the best hockey I have seen us play all season,” she says. “Again I think we will only continue to get better as we won a tournament this year and will continue to work hard and grow.”

Moczerad hopes to have more ice time together next season in order to build more chemistry, something she can’t stress enough. These are always hard things to come by on Laurier’s Brantford campus with limited facilities, but when there isn’t much turnover you take away how each other plays from season to season.

But chemistry is something that she thinks the women can learn from the men’s team. “The men’s team is a close knit group and the girl’s team lacks that special bond.” However, the women will have to do it without team captain Amy De Silva and a couple of other seniors next season, which is a pretty big blow to the team. Moczerad definitely realizes this, but she’s positive there will be some good first years coming up that will help to fill the roster spots.