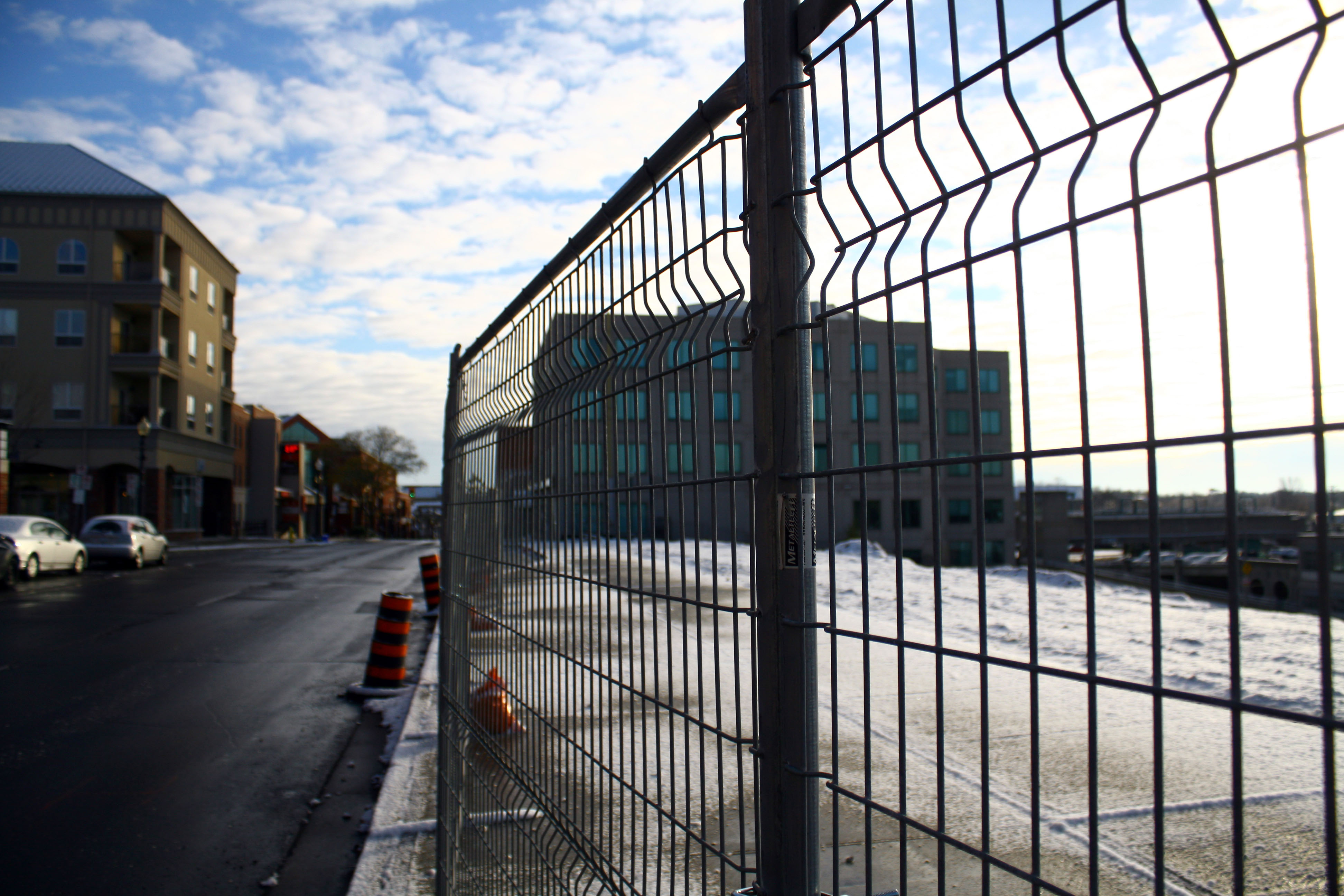 An archaeological assessment has led to the discovery of ancient artifacts at the construction site of the Laurier-YMCA Athletic Complex. The site is located south of Colborne Street between the Grand River Hall building and the city parkade, with news of the discoveries surfacing Oct. 31.

The findings have stalled construction of the complex as archaeologists are currently analyzing the area, and continue to discover new artifacts. The investigation of the site is being conducted by Archaeological Research Associates Ltd., in conjunction with the Haudenosaunee Development Institute, the Six Nations Elected Council and the Mississaugas of the New Credit First Nation.

Among the findings are chert flakes, which are a material used to make tools, as well as various fragments of pottery and dishes. Experts believe that some of these cultural materials may date as far back as AD 500, while others are from the nineteenth century.

Dr. Gary Warrick, a Laurier Brantford professor, has a master’s degree in archaeology and formerly worked as a Regional Archeologist with the Ontario Ministry of Transportation. Although not directly involved with the investigation, Warrick has been following the developments closely and states this is the most significant archaeological discovery he has seen in Brantford, during his fourteen years teaching at Laurier.

Warrick estimates the archaeological investigation will continue into December, with construction resuming immediately after its completion. The YMCA expect a delay of similar length, allotting two years for construction to be completed and sticking to an opening date of 2017.

Brian Rosborough, Senior Executive Officer at Laurier Brantford, is handling the matter seriously nonetheless. “Ensuring that the archeological site is managed properly and that we are undertaking appropriate community engagement and stewardship activities is a priority for Laurier and the YMCA,” Rosborough stated.

Bryan Webber, Vice President of Financial Development for the YMCA of Hamilton/Burlington/Brantford had similar sentiments, stating, “The archeological process is an important step in developing a facility that will enhance the health and wellness centre and we’re pleased this process creates an opportunity to contribute to the understanding of the historical richness that characterizes this region.”

The target membership for the Laurier-YMCA Athletic Complex is approximately 7,000 members, and the YMCA is currently considering the operation of a Youth Centre in the facility. The complex is intended to attract both students and members of the community; the YMCA’s website states, “The Recreation and Athletic Centre will play a significant role in the ongoing revitalization of downtown Brantford.”  Through the partnership, Laurier and the YMCA are hoping to offer a facility that exceeds what either side could have produced independently.